With help from The Harris Tweed Authority we have established this hand woven Harris Tweed from small independant Harris weaver was made at some point between April 1968 and January 1969.

Looking back at all the things that were happening at the time, Martin Luther King & Bobby Kennedy were both assassinated a few months apart and aboard Apollo 8 Jim Lovell, Bill Anders and Frank Borman became the first humans to orbit the moon, the Beatles released Yellow Submarine and the White Album and so much more, it was such a pivotal year in history.  We have been looking back so much this week and HM Queen Elizabeth would have been 16 years into her reign at the age of 42.

After lying dormant for 54 years, the Borman has been made is made using this vintage Harris Tweed a mid grey in colour with hints of blue, turquoise, orange and red within the yarn,  a completely unique batch of cloth caps entirely manufactured in the UK.

1968 was a year of seismic social and political change across the globe, the world would never be the same again. This hat has history literally woven into its fabric!

These tweeds are made only in small runs, in 6m x 750cm lengths only. This is an artisan creation made from the yarn the weaver chooses, made locally, therefore each batch cannot be created exactly again making these completely individual items. 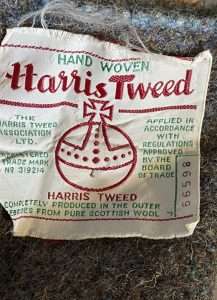 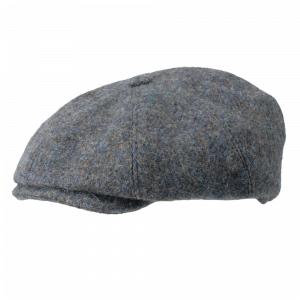 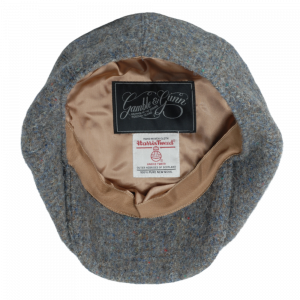